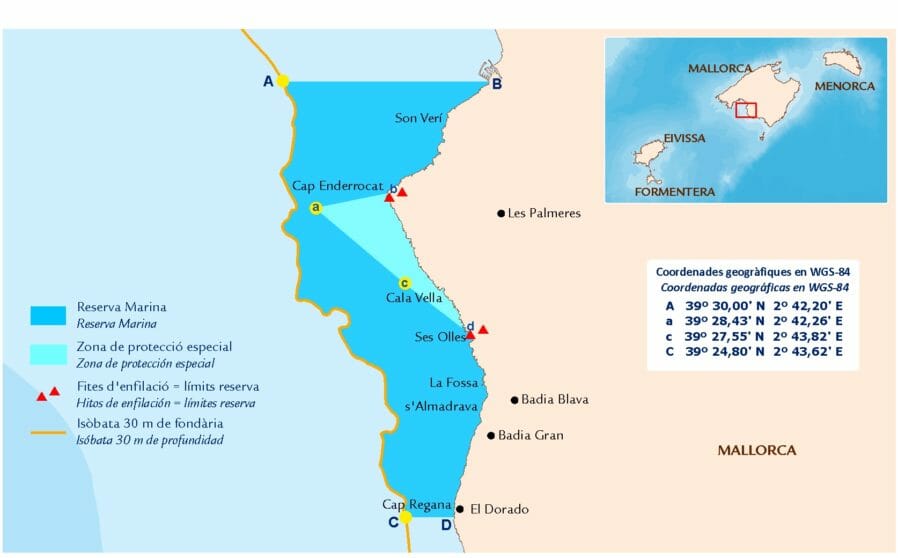 The Balearic Government promoted the creation of three marine reserves in 1999, thus anticipating its obligations under the Protocol on Specially Protected Areas and Biological Diversity in the Mediterranean (BOE No. 302, 18 December 1999). Since then, it has been managed, with the advice of the monitoring committees, by bodies composed of representatives of public administrations, fishermen’s associations, recreational fishermen’s associations, sailing clubs, conservation groups and other related groups.

Please fill the required fields in.